The Pontifical University of St. Thomas Aquinas, commonly known as the Angelicum, is the Dominican university of Rome and one of the major pontifical universities of the City. 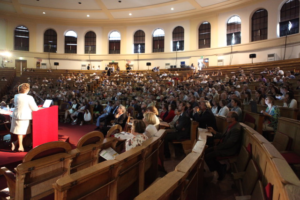 Staffed and administered by members of the Order of Preachers, it serves as a locus for the Dominican theological tradition among the Roman pontifical universities.
Because of its inimitable historical and aesthetic characteristics, its unique location and its purpose as an international venue, the Angelicum is a natural choice for high profile events. 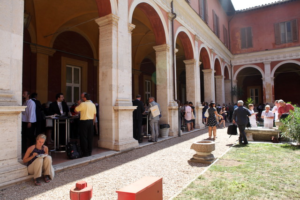 It has received Popes, Presidents and heads of State, and has hosted scientific, cultural, political and economic events og global importance. The complex houses 15 rooms, capable of holding between 30 and 150 people, facing a cloister of the 16th century with a garden and fountain, and a semi-circular hall with theatre-style seating for 325 and with a principal auditorium, also with theatre style seating and a capacity of 1100. 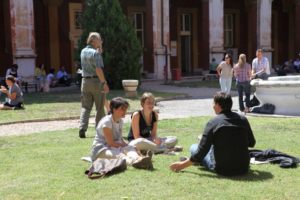 The Angelicum is located quite close to the most important places of interest of Rome: the Colosseum, Imperial Fora, Trevi Fountain, Campidoglio, as you can see in the following map.

History of the Institute 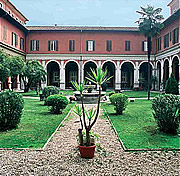 The institute in 1972 has academically been erect from the Congregation for the Catholic education as Institute of the Faculty of Theology. In date June 21 st 2006 has gotten from the same Congregation the approval of the new programs that you/they had been revised and suitable according to her Note of I Rearrange related to the process in Bologna. The institute offers runs curriculari of Religious Sciences recognized by the European University System.

Directed by the Missionaries of the School, the institute uses some Teachers’ collaboration, religious and laymen, coming from various Universities, but particularly of the collaboration of the Dominican Monks of the Angelicum and it assumes the witticism of it “Caritas Veritatis.” Christ Verità and Light of the world it is the base, the center and the goal of the academic run.

Devoted the institute to Maria Madre of the Church it welcomes the solicitations of a society multietnica as ours and it proposes the study of the various disciplines with a particular attention to the ecumenical dialogue, interculturale and interreligioso. Also for this motive, besides the section of Italian language, in the institute it is active, already from three years, a section in English language as answered to the question of various religious congregations that they ask a biblical-theological-philosophical study of base as precious contribution of formation of the young ones that you/they originate from different countries.

The Angelicum is located quite close to the most important places of interest of Rome: the Colosseum, Imperial Fora, Trevi Fountain, Campidoglio, as you can see in the following map.